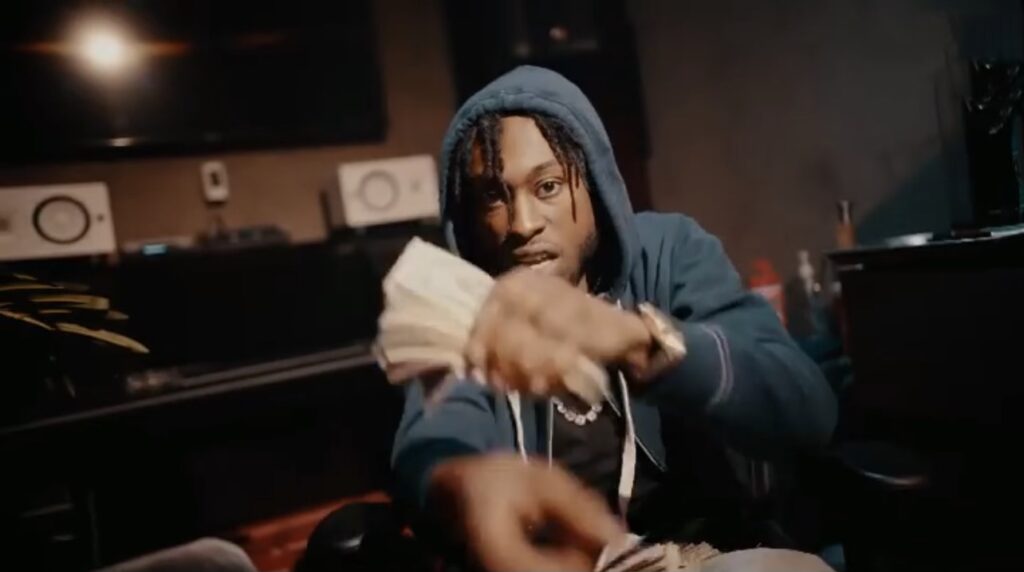 Chicago-Based rapper, M3LO Capone is seeking revenge in his latest track, “Vindictive”, a song that expresses how he’s coming back for everything he was once deprived of while growing up in the cold streets of southside Englewood.

Since a kid, Capone has endured some of the most hardest life experiences, from losing a close friend to the epidemic of senseless violence, to crooked police systems, to being a victim of burglary.

In his latest track, “Vindictive” along with intense visuals, M3lo Capone expresses how its his turn to get back what was once taken from him.

The raw and uncut rapper believes he’s got what it takes to be a voice in the streets because of the many real-life tribulations he’s faced. “Me losing family members close to my age and dealing with crooked police in my environment has played a key role in my music. My listeners can hear the aunthentic-ness in my lyrics. Everything that I preach I’ve been through I feel like an old soul in a young body. I’m only 22 but I feel like im 56. There is a new obstacle everyday where I’m from.”

The start of his career began on a school bus ride to a field trip when he first took his pen to paper and started to write his own bars. It was and still is considered to be a therapeutic way to release his emotions. From that moment, M3LO discovered his passion for becoming a rap legend in the making. “I started music when I was 13 years old in 8th grade. I started rapping over beats on an app on the phone and found a passion with my voice being on the beat. I started taking it seriously as I got older and saw I could make a career and really benefit from this passion. As time progressed I saw that reaching the next level took investing, ever since then i have looked at music as a passion, career, and long term investment.”

He’s made it out the trenches and is letting everyone know it’s his time now. “I want to impact the lives of people who need to free their mind and enjoy themselves. I want people who can’t go to areas that I’m from to understand what it is like to live there and the situations I’ve been through being in that enviroment. I also want the people who live in these conditions to relate and see that they can make it with persistence, perseverance, and dedication.”

His passion for wanting to be a real representation of making it out and actually making a name for himself has translated into his music and has been impacting listeners around the world. “The amount of progression i have made for my self coming from a area as such is unbelievable, people in the area tell me how proud they are of me everyday. I’m really living proof that you can prove the statistics wrong, you can beat the odds with the right Intellect, support system, and motivation. There were times i thought it was over me, getting shot at and being beaten up and harrased by police before body cameras and even now. To be traveling the country making positive progress with my music is a beautiful feeling and the main driving factor of motivation for me. when i feel like giving up i just think of these circumcastances that are back where i call home.”

His unique and versatile sound has caught the attention of many listeners and he’s gained lots of following on his platforms due to being completely relatable for those who have experienced living in the ugly side of a widely known crime infested area. “What makes me stand out is my versatility. I have many unique soundsthat go with many different beats. I use them depending on the vibe or tone of the beat being used. These sounds are very distinguishable from what’s around now but people seem to love their uniqueness.”