DaBaby and Roddy Ricch pay tribute to George Floyd with a powerful performance at the BET Awards.

DaBaby and Roddy Ricch pay tribute to George Floyd with a powerful performance at the BET Awards. 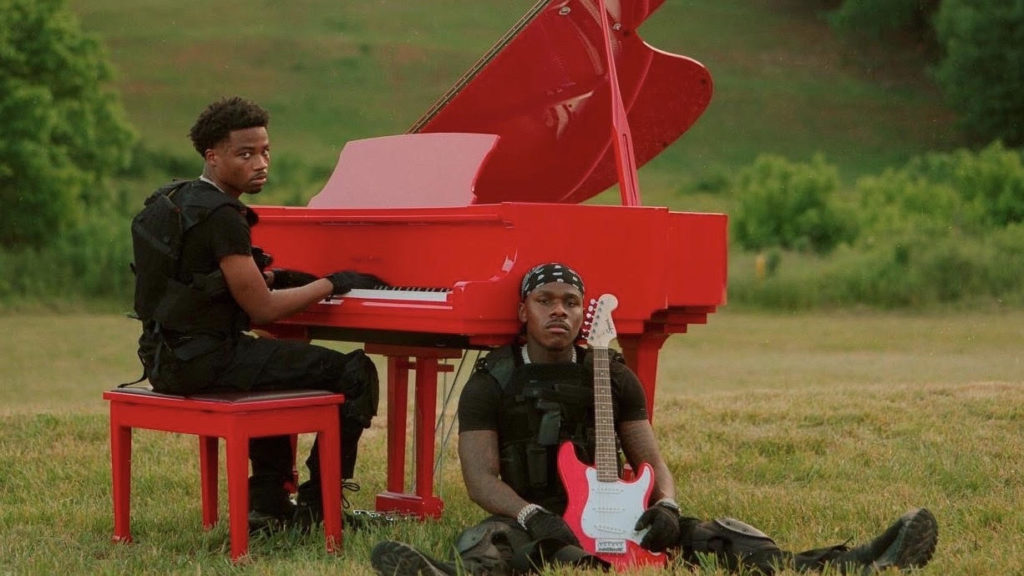 The BET awards celebrated its 20th anniversary Sunday night with a mixture of virtual appearances and pre-recorded performances. The award show hosted by Actress/Comedian Amanda Seales was moved to a virtual award ceremony due to the coronavirus pandemic. However, that didn’t stop artists from making their voices heard. Artist’s showed their support for the Black Lives Matter Movement and the many lives we lost due to police brutality. This year’s theme “Our Culture Can’t Be Canceled” addressed protests happening following the death of George Floyd that have people from all over the world speaking out and fighting against racism.

The show began with a performance from teen singer Keedron Bryant, He sang a rendition of his viral song, “I Just Wanna Live”. Following a strong performance by Legendary Hip-Hop Artist Chuck D and Flavor Flav of Public Enemy. They performed their classic hit, “Fight the Power” and were joined by Nas, Rapsody, and More.

DaBaby and Roddy Ricch also decided to make a statement on police brutality in America with a special Black Lives Matter remix of their hit song Rockstar. The performance opened up with a close-up image of DaBaby with his face pressed against the pavement. As the camera pulls back it reveals a police officer with a knee on the rapper’s neck. A reflection of the killing of George Floyd back in May when four police officers knelt on his body despite acknowledging he was unable to breathe. The musical performance featuring Roddy Ricch also highlighted images of protests which are currently happening around the world. In wake of the recent murders of George Floyd, Breonna Taylor, and Ahmaud Arbrey.

Their performance ended by honoring and remembering victims of police brutality.

Watch the video below:

Congratulations to DaBaby for winning Best Male Hip-Hop Artist and Roddy Ricch for taking home two awards including BEST NEW ARTIST and ALBUM OF THE YEAR!!