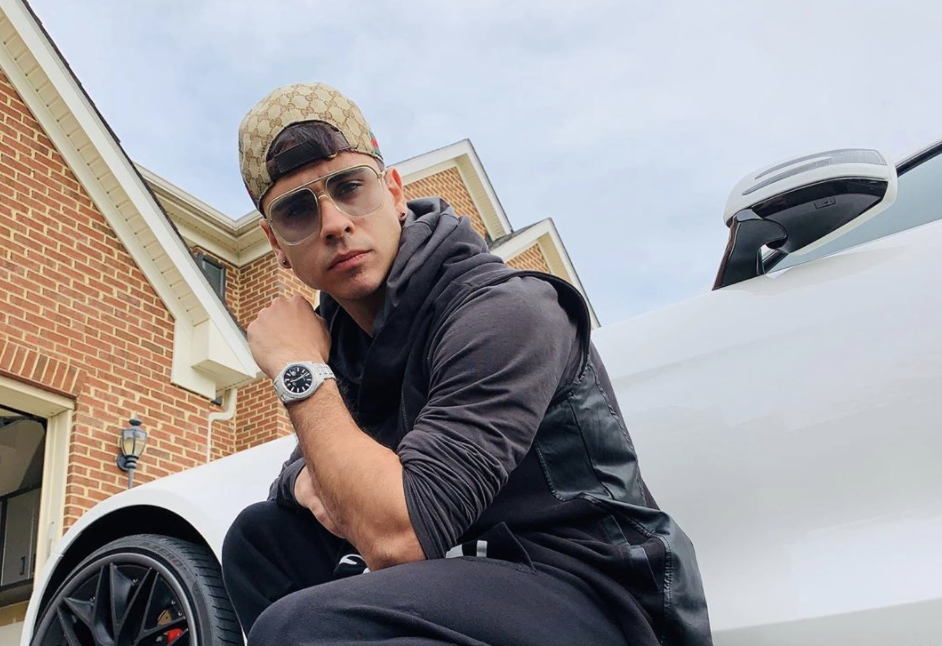 Cyrus Dobre is showcasing his talents as a solo artist to the world. He just dropped a new single titled “Goin’ Up,” featuring hip hop/ R&B icon Tory Lanez, and it’s the summer anthem we all needed.

Dobre is a member of the “Dobre Brothers” YouTube group and has an estimated 40 million followers across all of his social media platforms. His large following has inevitably resulted in a sizable supportive fan base – providing Dobre with an audience who is eager to hear what he has coming.

“Goin’ Up” is the first single off of Dobre’s upcoming EP, Next Level, and provides an uplifting island-vibe that many fans can relate to.

In a recent interview, Cyrus Dobre talks about what inspired his musical pursuits, and how exactly “Goin’ Up” came to be. Keep scrolling to learn more.

Tell us a little bit about how “Goin’ In” came together. What inspired the single and who was involved in the creative process?
I wanted to create a summer song. An island type beat with good vibes. It felt like the people needed that for good spirits and fun. Something the people can feel and dance to and come together with. My producer and close friend Eric produced the beat. Tory and I wrote the song.

Why did you choose Tory Lanez in particular for this collaboration?
I chose Tory because he fit the vibe and his voice was a good match for mine on the track. He’s one of the most respected artists and is one of my favorite artists.

How long have you been making music for and how did you get your start?
I have been doing music for about 2 and half years. I started by writing Dobre Brothers music and finding the right beats for our audience. The goal was to gradually grow the audience with the music.

How would you describe your sound for people who may not be familiar with it?
My sound has a pop/hip hop feel. I identify with many different genres and can make different genres of music as they will hear in my upcoming EP. I also add an angelic/futuristic theme to my music.

What message do you hope people take away from listening to your music?
The message I hope the audience takes away is to live your dream, live life to the fullest, live with no regrets, and work hard and you’ll get what you want. Don’t be scared to take your life to the next level.

What can fans look forward to next from you? Anything we should keep on our radar?
Fans can expect a five-song EP titled Next Level, that brings a new sound of music to the world. A sound they can sing, dance, and live to.

Stream Cyrus Dobre’s “Goin’ Up,” below.