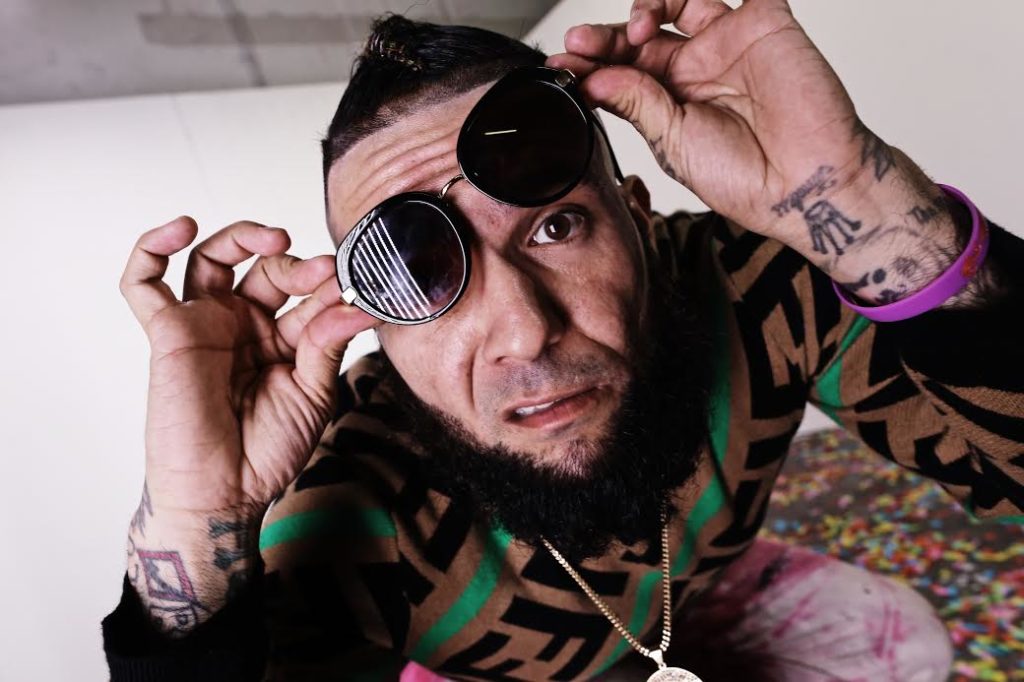 Nelson “CheekoFUE” Pastoria, formerly known as, “Nastasity,” is a success story the world needed. Released from a Florida correctional facility in late 2017 for trafficking cocaine to due an informant, CheekoFUE is now making a name for himself in a more positive light. He takes from that experience saying, “Despite the outcome, take responsibility for your actions. A negative outcome does not make your future. Grind hard to get where you want to go, and even when you get there, keep going. You cannot be a dreamer your entire life. You must make those dreams into reality.” CheekoFUE decided it was time to take his career to a new level after his release.

His creative stage name came from older Islanders that he grew up around, calling him, “Cheeko.” He also took Creole inspiration with the word, “fuecon,” meaning fresh, and “fuege” in Spanish, meaning fire. He currently lives in Atlanta Georgia, and definitely takes inspiration from the South when making music. His sound can range anywhere from pop to trap hip-hop.

CheekoFUE is more-so inspired by older artists such as Tupac, Master P, and Jeezy, rather than current artists. He also looks up to fellow Puerto Rican rapper and producer, Fat Joe. CheekoFUE wants to make it known that he is especially grateful to God that he was blessed with musical talent and for the opportunity to impact people to make it out of the streets onto the right path.

CheekoFUE has some major accomplishments such as making the cover of Ace Magazine, apppearing on MTV’s “Sink or Swim,” and being interviewed by DJ Smallz. In 2019, CheekoFUE signed to Big Oomp Records, an independent label that has supported other artists such as Ludacris, Plies, Flo Rida, and DJ Unk. Check out his newest project, “FUEAGe, Prelude The Mixtape” that dropped TODAY!

Since CheekoFUE believes that too many people end up quitting music when they shouldn’t, he wants to leave y’all with this important message: “I stopped sellin’ dope and started selling hope!”

You can listen to CheekoFUE’s work on all streaming platforms including Apple Music, Spotify, and Soundcloud.