Can You Keep Up With Benzo Fresh? Atlanta Artist Has Album #2 On The Way!

Can You Keep Up With Benzo Fresh? Atlanta Artist Has Album #2 On The Way! 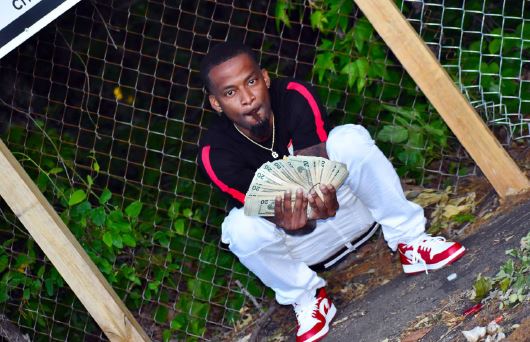 Benzo Fresh is ready to bring back real music that the entire world can relate to. Born in Water Valley, Mississippi, the rapper has a unique style that does not compare to anybody in the game. At 18 years old, Benzo Fresh began rapping at a friend’s home studio for fun. After that, his passion for hip-hop/trap music continued to grow more and more. In 2018, he relocated to Atlanta, Georgia to pursue a career in music.

One thing Benzo Fresh takes pride in is writing his own lyrics. You can always expect him to keep it 100!

“I only express myself through music so when you hear my music you can hear how real my lyrics are, I put my blood, sweat and tears into them” He explained, “Ain’t no cap in my rap. Once you hear me out, you’ll see how bad I want this.”

His decision to move to Atlanta paid off when he was introduced to Grammy Award winning producer, Zaytoven!

He recalled, “I owned a trucking company in the past and the first person I hired heard my music and linked me with Zaytoven and that was it. That’s the moment I took music seriously because I felt like I was destined for this.”

Since meeting the producer, Benzo Fresh has joined him on the road in Atlanta performing at colleges and other public events. He was also featured on a track titled “Dopeboy Fresh” on Zaytoven’s last album “Pack Just Landed Vol 1.”

Ultimately Benzo Fresh’s goal would be to have a music career that is ever lasting. Years from now he hopes people will still be listening to his music.

The Atlanta Artist thanks his kids for being his biggest motivation. As a father he plans to give them everything he never had as a child.

This year Benzo Fresh released his first studio album titled, “Neighborhood Dopeman” just in time to heat up the summer. Now that summer is coming to an end Benzo Fresh is blessing his fans with another album! The album title has not been released yet but word is that the project is dropping next month!

Keep an eye out for new music! Stream Benzo Fresh on all streaming platforms.