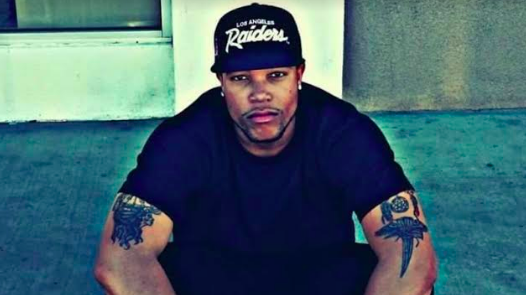 Alternative R&B artist, Jeda Voice, is forever tied to music by his soul. At first, nothing about him wanted to become an artist. He started in the music industry as a phenomenal writer, even writing for a female group he created himself in the Inland Empire, a county in Southern California. Now, he is on the quest to win himself some Grammy’s and be influential enough to contribute to the musical culture.

Jeda Voice has always been influenced by music, growing up singing in the choir at church. Even at a young age, he knew he had the potential to become a talented writer. He explains, “I wrote my first poem in elementary school. That’s when I discovered I had the skill of writing. Yeah, my mom couldn’t believe what I wrote at that age.” His musical career and confidence started to progress when he was told during a recording session that he had a voice that the world needed to hear. The next day after hearing this, he saw his name (Jeda Voice) in a vision, wrote it on paper, and has stuck with it ever since!

Jeda Voice describes his sound as traditional R&B with more edginess. His greatest influence is The-Dream, saying that the big time R&B artist revolutionized what it meant to be an R&B artist. Jada Voice says, “…he made it okay to say certain things that you wouldn’t normally say on an R&B record.” He then goes on to explain that The-Dream is the Michael Jordan of R&B and he is the Kobe of R&B. Jeda Voice says, “We all know how great Kobe was, but he wouldn’t be where he was if it wasn’t for Michael Jordan and those lessons studying the game and perfecting it.”

Jeda Voice takes this hardworking mindset a step up when saying that the worst thing he could have ever done was believe the negative comments people have said to and about him. He was always told that if he was the next “big thing,” he would have been discovered already. “Jeda Voice” was created out of the pain from the journey of obtaining love from others, but he is now at the point where he has found it in himself!

The independent artist created his own record label, 8th Moon, and has been compared to greats such as his biggest influence, The-Dream, and Christ Brown, PARTYNEXTDOOR, and The Weeknd! This year, Jeda Voice released his album, PW8 II, which is the second part of his PW8 album released last year. In this album, you will hear Jeda Voice’s best work to date, which includes exactly 20 songs!

Jeda Voice has tried to part ways with music multiple times, but the tie can never be broken. Music and Jeda Voice chose each other. This is not the last you will hear of Jeda Voice!