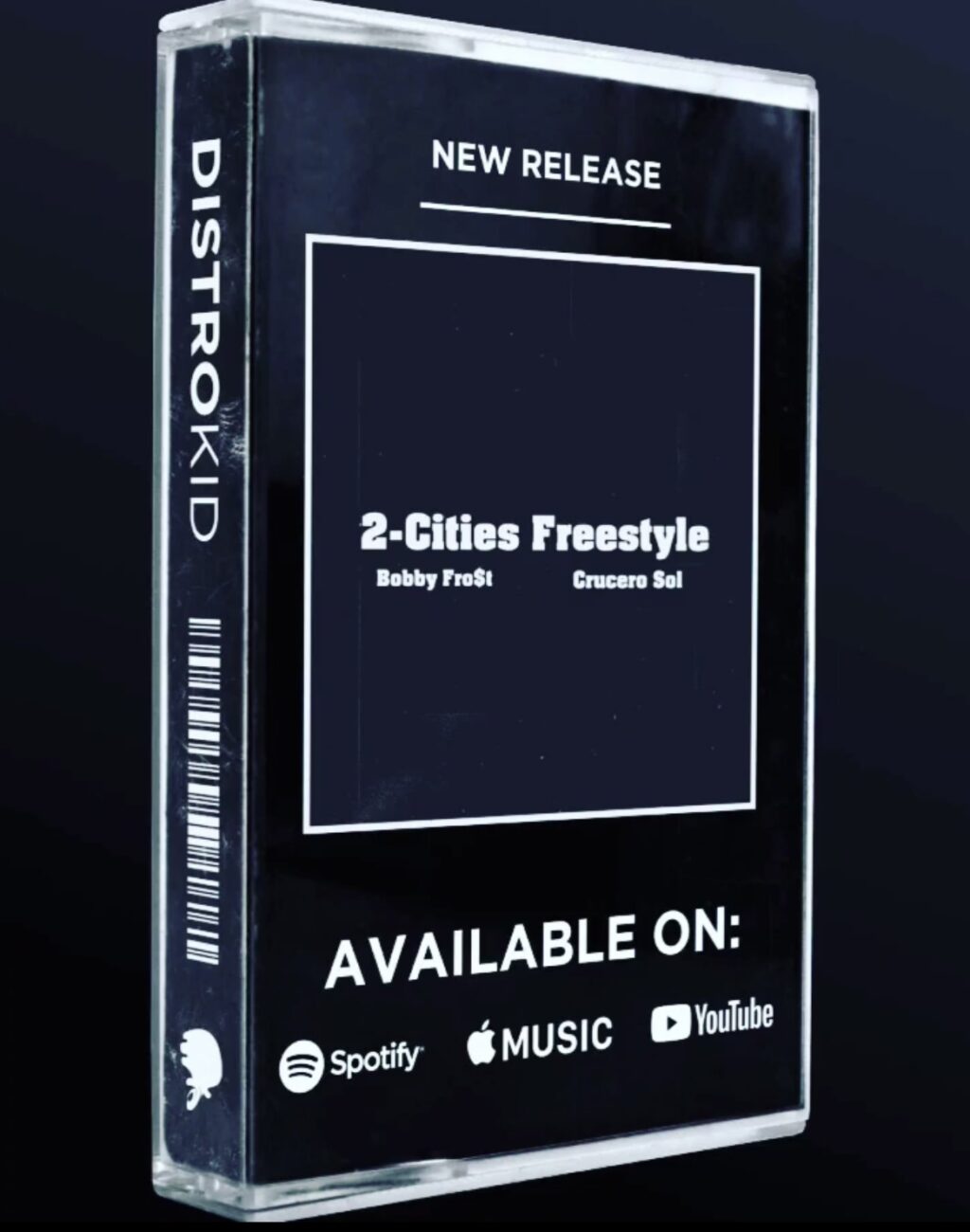 Welcoming Bobby Fro$t!! The Texas-born and raised rapper shares his musical inspirations and future goals for his career. Having been in the industry for 8 years, he is now at the stage in his career where he wants to explore the production side more. He hopes to have his equipment and studio become more independent as an artist and elevate his talent to reach that next level. “I stand tall with what I firmly believe in and there is no stopping BFro$T when he starts flowing”.

The charismatic and loving Bobby Fro$t says his musical inspirations stem from his cultural background and genetics which is a mix of Panamanian and Hispanic/Mexican. His love for HipHop and rap came at the age of 4 years old when his dad took care of him in the morning while they listened to Snoop Dog. Music has always been something to help guide him throughout any situation whether that be positive or negative. Back in High School, Bobby Fro$t decided to take this whole music thing more seriously.

Some of his biggest inspirations during this time were Hopsin and Funk Volume whom he says saved his life. He enjoyed how unique and rare their beats were and how their lyrics got him through the bad days. Hopsin became one of his biggest role models at the time, he was inspired by his creativity, visuals, and how he didn’t care what others thought about him.

Currently, Bobby Fro$t has one single called BI Fro$t and his other favorite track is titled “2 Cities Freestyle” which was released this year on June 17, 2022. It showcases everything from old-school style beats to impactful lyrics and a seamless flow which all came together at the end. His more rewarding part of being an artist is the feeling he gets while writing and producing. The entire creation process is what keeps him going. “Being able to feel unstoppable when writing, the feeling of no stress, everything is just calming when I start writing and laying the verse down.” Right now there is no end in sight.

Bobby Fro$t hopes to keep growing as an artist and improve on a higher level. In the next 5 years, he hopes to be living in a nice house with a custom-made studio going on to perform and make music videos. He wants the world to know who Bobby Fro$t is and it looks like it is just around the corner.  It hasn’t always been smooth sailing for Fro$t. He mentions that these last 3 years have been the hardest. Losing his kids to separation and not being able to see them every day was traumatic and devastating. From job to job, losing his house and trying to get by, it was hard for him to return to music. He was reminded that music has always been a constant for him, something he can always turn to. His new mindset has allowed him to not care what other people think and continue putting out music that he enjoys creating.

Bobby Fro$t’s biggest accomplishments have been his last 3 songs Pressure, Space Bandits, and 2 Cities Freestyle. Watching the development and creative process has been the most rewarding. Bobby Fro$t encourages people to listen to his tracks if they want great beats, verses that pump you up, music that helps with depression, and music to feel appreciated. A little bit of everything! As for the upcoming future, he is in the process of getting his equipment, creating an image, and possibly a new name, so be sure to keep an eye out.

He is also hopeful to collaborate with an Albuquerque artist named JGray. Big things are coming his way so stay alert on social media and follow his Instagram @9bobby5frost for any future updates!! He wants to leave listeners with the message to know “The chances you take, the people you meet, the people you love, the faith that you have, that’s what’s going to define you”. Make sure to check his 2 songs out now on Apple Music, SoundCloud, and Spotify “Pressure” and “2 Cities Freestyle”.