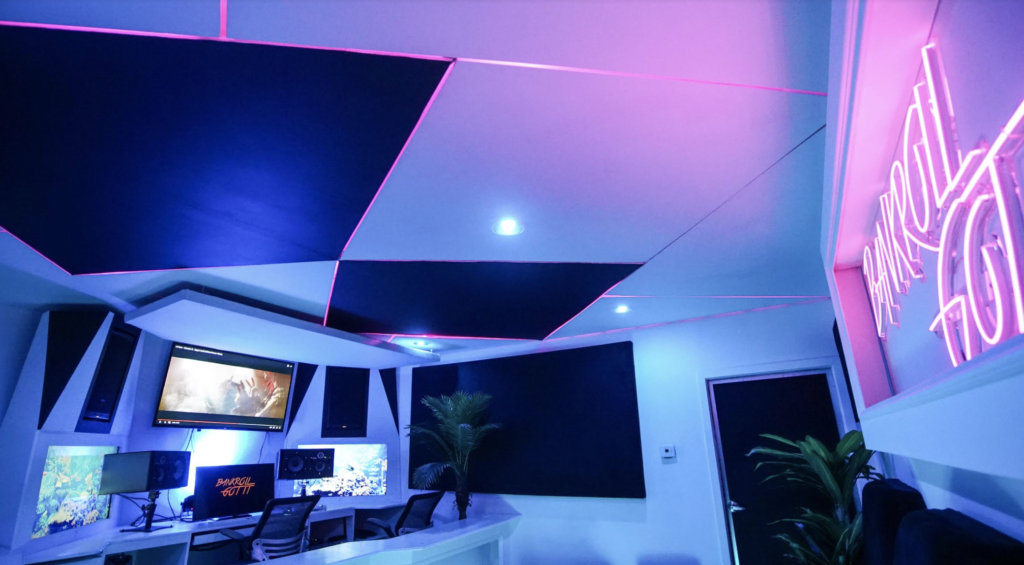 LA-based duo production duo Bankroll Got It, composed of brothers Joel Banks and Taylor Banks, are responsible for some of today’s hottest hits in music. The producers have been earning a well-deserved buzz, as they’ve produced some of the most notable bangers right now, including Lil Gnar’s “Missiles,” ft. Trippie Redd, Drakeo the Ruler’s “Too Icey,” and CJ’s “I’m Lit” ft. French Montana – to name a few.

The two brothers hail from the Bay Area (which played a key role in developing their sound), but are now based in Los Angeles. They’re mainly known and recognized for their beats — which are generally made up of hard-hitting 808s and unique tempos that are original and different. A few impressive standouts that they’ve produced include Mulatto’s “Bitch from Da Souf,” Lil Gotit and Lil Baby’s “Da Real Hoodbabies,” and Kalan.FrFr’s “Scorin.”

But their roster of talent doesn’t end there. The Bay Area natives recently moved to Los Angeles to continue to bring their dreams into fruition and built a studio based in the city to be able to work with even more artists and expand their portfolio.

In fact, in the last year alone, they’ve been busy putting in work in the studio and have made tracks with artists such as DaBaby, Mulatto, Lil Mosey, Polo G, Lil Baby, Rubi Rose, Stunna4Vegas, 21 Savage, A$AP Ferg, Tay Money, and LightskinKeisha.

“Our new studio has been a huge part of our success,” they said. “We built our studio like a Miami nightclub and will bring artists to us. The vibe is dope and matches the type of records we make.”

And the vibe of the studio has definitely made for an Instagram-worthy photo for anyone who visits the studio. When guests enter the studio, they’re welcomed with a backlit neon light that makes the setting feel like an exclusive club, and a sign that reads ‘Bankroll Got It.’ The vibe of the studio ultimately matches the type of music that the duo creates.

While many are familiar with seeing the studio’s infamous signature logo, as well as hearing the catchy Bankroll Got It tagline, the identity of the duo remains fairly anonymous/mysterious. It’s an intentional decision so that audiences focus on the music/production rather than the creators behind it.

However, while their identities remain under wraps, their music is undoubtedly taking off and quickly pushing Bankroll Got It into the forefront.

In the meantime, you can keep up with them on social media @Bankrollgotit or www.bankrollgotit.com.

Check out all of their records on their Spotify Playlist below.