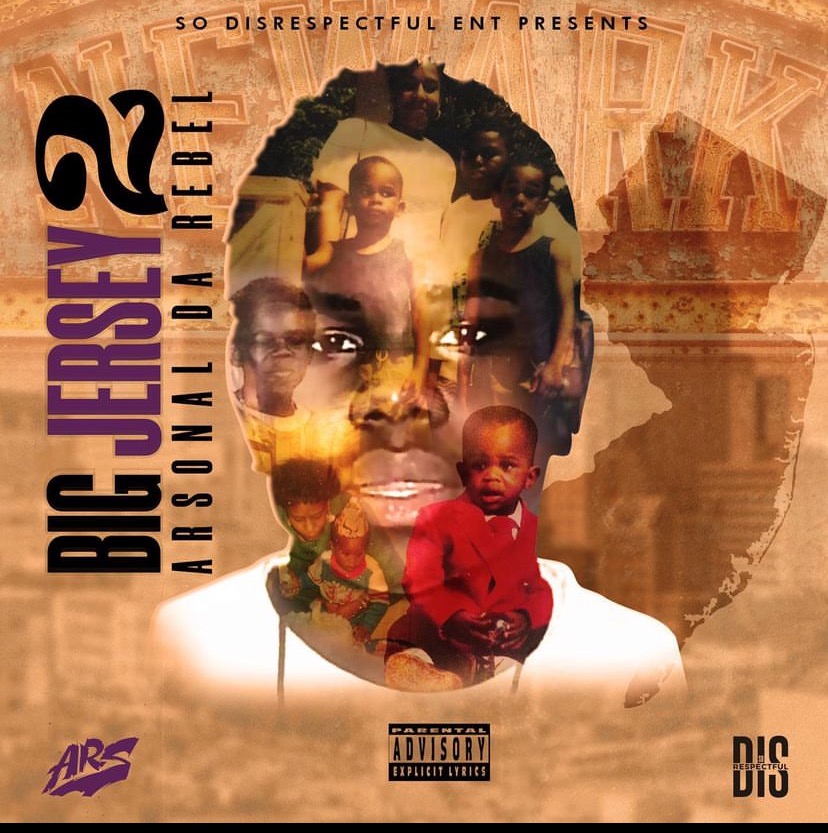 Flaming the rap scene with an array of hard core bars, punchlines and metaphors, Arsonal Da Rebel has earned his respect within the industry. Traveling across the nation and around the globe, defeating the best of the best in well over 43 rap battles, with over 42 million streaming views. Not only is Arsonal notorious for his elite skillset but also drawing momentum, building a solid core fan base along his career journey. Having proven his ability to demolish competition fans still questioned his potential to compose a full body of work, but just like anything else, he quickly rose to the occasion  with projects “Underrated”, “Finally” and “THE CHIC TAPE” where he explored his diverse pallet, confirming to listeners he isn’t just a one dimensional artist.

In 2021 “Big Jersey” was released with authenticity and pride that only being born and raised in Newark New Jersey can nstill. Now in 2022 he is back with “Big Jersey 2”.  The 15 track album spans a little under an hour and  has some renown features from other Newark hometown heroes, Tsu Surf on ‘Close Friends’ , and Louie Jay on “Blame the Streets”. The album successfully paints vivid portraits of lifetime experiences that Arsonal Da Rebel has had. Be sure to stream the new album below: