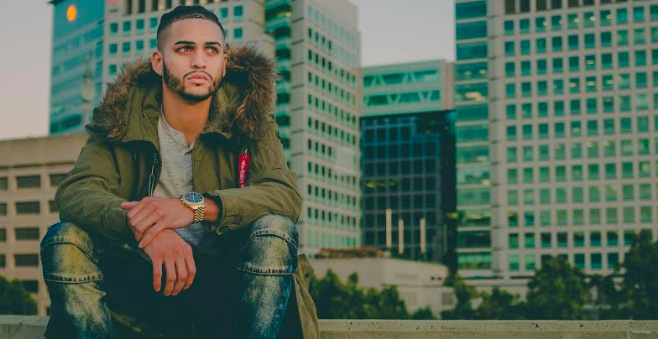 Antonius is an independent hip-hop artist who reps the Bay Area in California, but resembles the sounds of artists from Los Angeles. He brings the heat with anything from serenades to club bangers. Antonius always saw himself becoming a professional basketball athlete, but decided to pursue music seriously after someone was shocked that he was only making music with his friends, solely for fun.

Antonius is motivated by his son, and people who don’t necessarily support him. He wants his son to be able to say, “My dad did it. That’s MY dad.” He also gets fired up by people who do not congratulate him, repost his music, or leave him on read. He believes that nothing in life would be worth it if it was easy. His goal is to make music a full time career, and drop his 9-5 job. He plans to make his name a brand, and describes this vision as, “…like Drake. Anything he touches makes money. That’s the effect and outcome I want to have with my music career.”

Not only is he a talented and hardworking artist, but also a down-to-earth person. He came up with the name “Antonius” while messing around with is friends watching the movie, “300.” They wanted to see what their names would be if they lived during 480 B.C., so he put his real name, “Anthony” in a name generator online. Thus, the stage name Antonius was born!

Antonius has dropped 1 EP, “SMMR SZN,” and 3 albums, Xpressions, Xplicit, and his most recent, Bar None, which was released April 30th. Take a listen to Bar None on Apple Music, Spotify, Tidal, Soundcloud, and Youtube. He resembles those G-Eazy and Russ vibes with his ability to rap with a smooth and soothing voice, but is also able to bring the heat. It’s sure to make you want more from Antonius! He is currently working on “SMMR SZN 2” which is set to drop at the end of this month.

Antonius wants to his audiences to know that he is extremely grateful for their support and time spent on wanting to learn more about him.