Get A Better Look Into The Mind of UnderGRXND A.T.

Get A Better Look Into The Mind of UnderGRXND A.T. 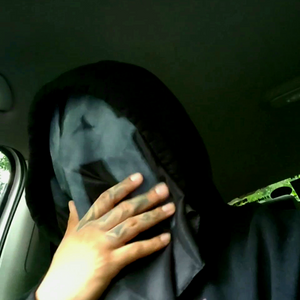 Although UnderGRXND A.T. did not come from the easiest past, he is sure to take his music career into a future that can help him create a better life. UnderGRXND A.T was born in El Paso, Texas, and later bounced from Texas to North Carolina to Hawaii. He stated that his past name was actually just A.T, however, dealing with issues with people unable to find him, he officially changed his name to the name of UnderGRXND A.T. so they may find him when searching up his name easier, and it worked. The name addition of UnderGRXND actually came from where he feels his target audience comes from, which made the name suit him well.

UnderGRXND A.T’s image is described as lowkey, he always wanted to be like MF DOOM, stating that he is and has never been the attention type. He states that he rather be lowkey — if you know, you know. He has always wanted to make music and have that be the focus, he prefers to be in the background.

His biggest motivation is his daughter. He is forever grateful for his daughter, stating that she’ll realize later in life how she motivated him to push and always fight. “She’s my fuel for all of this, once she was born it impacted me in a way I still can’t really form into words. Everything’s for her.”

You can listen to UnderGRXND A.T’s latest single, “Shine,” as well as his other great projects now on all streaming platforms. Be sure to follow him on all of his social media platforms to keep up to date with him and any future projects.